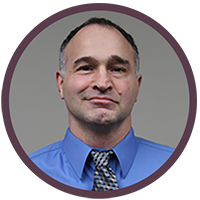 Dr. Peter Capone was born into a dental family from Watertown, New York. He is a 1985 graduate of Hofstra University with a BS in Biology and was a two-time All-American wrestler. He received his Doctor of Dental Surgery degree from the University of Buffalo School of Dental Medicine in 1989. Upon graduation, Dr. Capone completed his general practice residency at Erie County Medical Center in Buffalo, New York. He joined Riverside Dental Associates in 1990. Dr. Capone is an active member of the Broome County Dental Society, the New York State Dental Society, Sixth District, and the American Dental Association. Dr. Capone is married to his wife, Susan, resides in Johnson City and has two children, Peter and Emily. Dr. Capone is the former varsity wrestling coach at Johnson City High School and pursues many athletic interests and spending time with his family. 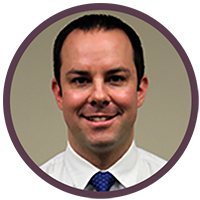 Dr. Eric Ruffo is a native of the Binghamton area graduating from Susquehanna Valley High School and Binghamton University with a BS in Biology in 2000. He received his Doctor of Dental Surgery degree from the University of Buffalo School of Dental Medicine in 2004. Upon graduating from dental school, Dr. Eric completed a general practice residency program at St. Joseph’s Hospital in Syracuse N.Y. He then joined Riverside Dental Associates in July of 2005. Dr. Eric is an active member of the Broome County Dental Society. He is also a member of the New York State Dental Society, Sixth District and the American Dental Association. Dr. Eric is also an attending dentist at St. Joseph’s residency program and has mentored several Binghamton University students interested in a career in the dental field. Dr. Eric has been married to his wife Jamie since 2001 and has a daughter Isabella. They enjoy participating in a variety of athletic and outdoor activities as well as spending time with their family and friends. 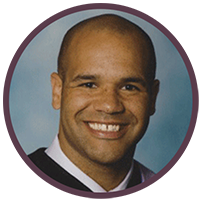 Dr. Glenn is a lifelong native of Broome County. He was born & raised in Johnson City where he graduated with the class of 2001. Attended Binghamton University where he earned his Bachelors in Biology, class of 2005. Directly from Binghamton, Dr. Glenn attended the University at Buffalo’s School of Dental Medicine graduating with his Doctorate in Dental Surgery (D.D.S.) in 2009. After a year of residency at Montefiore Medical Center in the Bronx, Dr. Glenn returned home to offer his services to the community where he was raised. Dr. Glenn has worked at both Tier Family Dental & Riverside Dental Associates since the Fall of 2010. Dr. Glenn & his family are long time members of the Johnson City Wrestling community. He and his brothers were all state place winners while wrestling at Johnson City. He also served as a coach for the wildcats for 10 years during and after his training. He now focuses his time with his wife Amber whom he graduated from high school with, their son Ansen and his continued practice of dentistry. The long-term status as a member of this community gives Dr. Glenn the perspective and understanding needed to treat and educate his patient population. He is proud to serve the community that provided the support he needed to achieve his academic, career and life goals.

Hours of Operation
Monday-Thursday: 8am to 5pm
Friday: 8am to 3pm
Saturday: 8am to 12 noon (except during July/August)